Skip to main content
The University of New Mexico

The University of New Mexico concentrates on reducing greenhouse gas emissions in the production and consumption side of utility management.

UNM Facilities Management (FM) has one of the most sophisticated utility plants of all the universities in the country. The Ford Utilities Center can generate 219,000 pounds per hour of steam, 4,000 tons of chilled water, 14 megawatts of electricity, and enough compressed air for the campus. The FM Utilities Division also operates two remote chilled water plants - the Lomas Chilled Water Plant and the HSC Chilled Water Plant. These facilities have a combined chilled water capacity of 8,300 tons.

The fourth location is the Campus Utility Plant, which can generate 24,000 pounds per hour of steam, and 1,000 tons of chilled water. The upgrades save students and taxpayers approximately $2.5 million annually and reduces UNM's direct carbon footprint by 39% annually as compared to staying with the municipal power provider (PNM).

In the early 2000s, UNM FM Utilities conducted a massive upgrade to the Ford Utilities Center. The project included installation of natural gas cogeneration units to become more energy independent and accommodate the inevitable campus growth in a cost effective and energy efficient manner. UNM now has its own District Energy System and produces most of the power needed on campus.

Ford Utilities Center has two cogeneration units (combined heat and power) that help produce 12 megawatts of electricity. Then the wasted heat gets captured and repurposed for heating the main and north campus buildings.

According to epa.gov, by capturing wasted heat, cogeneration systems can achieve 60% to 80% efficiency, while the average fossil fueled power plants in America only achieve an average of 33% efficiency. This helps UNM significantly lower greenhouse gas emissions and air pollutants.

In 2006, UNM began installing solar on buildings and this effort continues to expand. To date, UNM has eleven solar installations on the Albuquerque and Valencia campuses producing 2,382 MWH per year and providing a carbon reduction of 1,067 metric tons per year.

Below is a list of buildings that have solar systems.

All new construction and major renovations must meet, at minimum, LEED Silver standards. In the past decade, UNM has close to 30 LEED certified building (17 of which are at Gold or Platinum level)

McKinnon Center for Management at the Anderson School
2018

In May of 2008, The University of New Mexico implemented a new energy conservation initiative throughout campus to reduce utility consumption. Six energy conservation specialists were hired and assigned buildings in specific areas of campus with three main tasks: conduct level 1 and 2 energy audits, the continuous commissioning of HVAC equipment and data measures, and implementing a behavior modification strategy for students, faculty, and staff.

See more about Lobo Energy, Incorporated and the Energy Conservation Program, at lei.unm.edu > 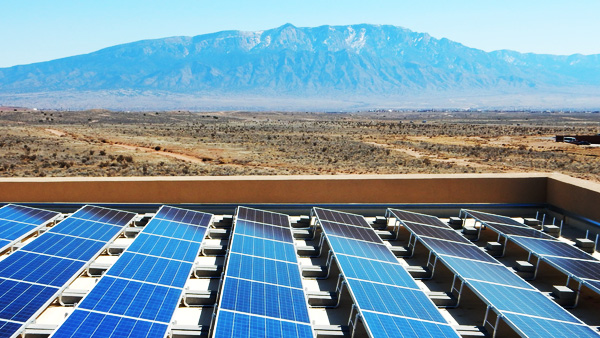 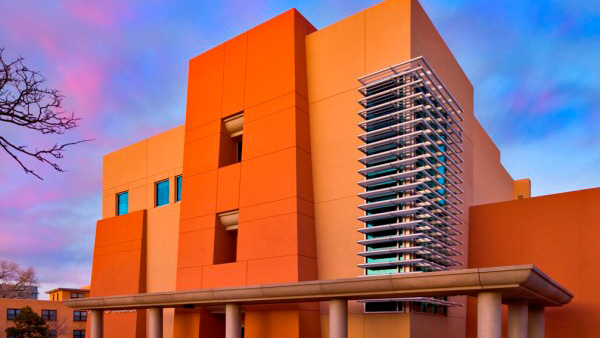 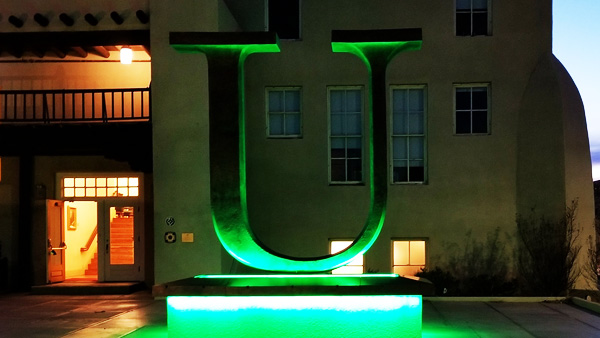 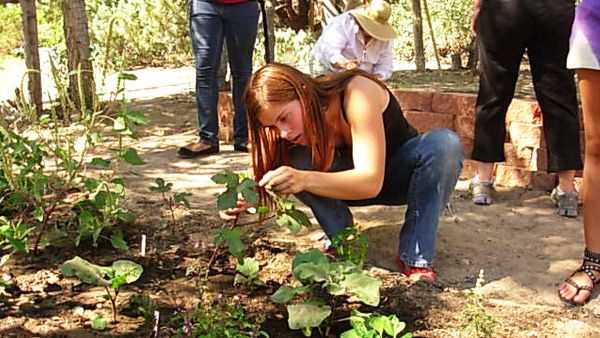 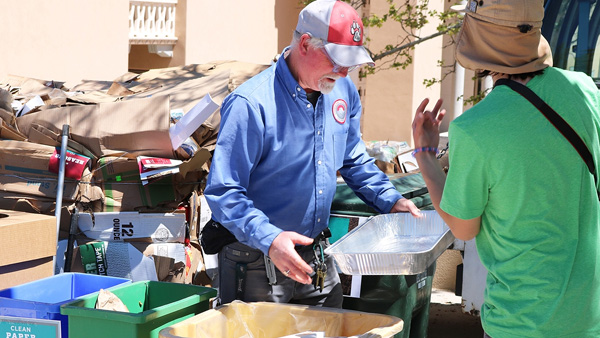 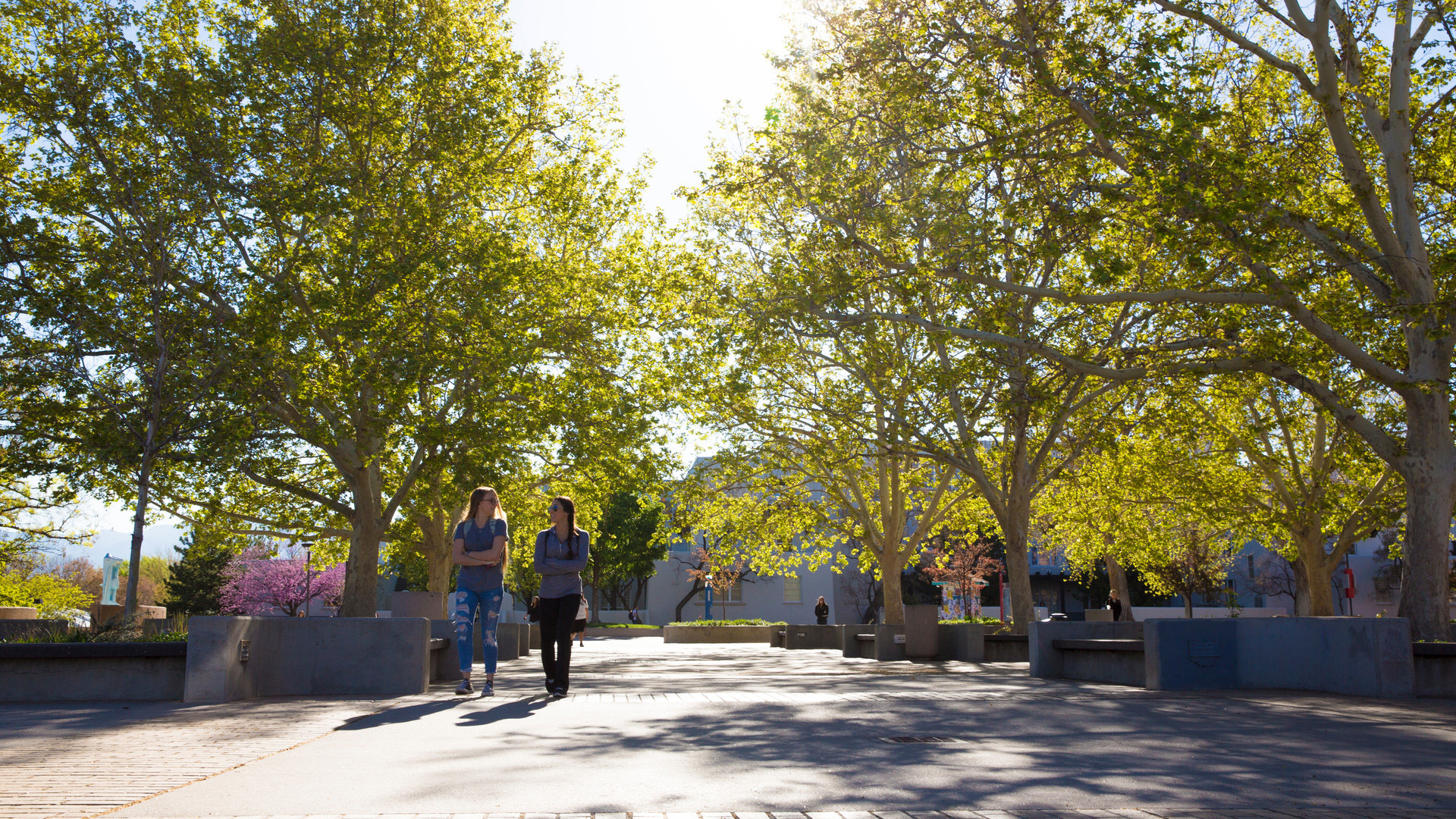